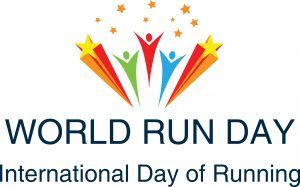 Long Beach, NY, Aug 4, 2022 — As Virtual Runs come to an end in 2021, there’s one global run that all charitable runners can join: World Run Day, held Sunday, November 6th. The 24th annual event started the virtual run craze in the small city of Long Beach, NY back in 1999. What sets this virtual event apart from others today, is the unique event angle that asks all runners to donate directly to their charity of choice. A distinct shirt design has been created every year. The World Run Day Medal is also available. Registration will begin in September and includes a digital bib. Register at www.runsignup.com for the event. More information about the event is available at www.runday.com.

Since the pandemic, the “virtual-run-event-for-charity” concept has become more mainstream with runners. They celebrate in the spirit of the day, together; but run separately among seven different continents. Initially dubbed “The Global Fitness and Charity Challenge,” World Run Day has maintained its original concept: run to celebrate the sport of running and its benefits and make a donation to a favorite local charity.

All participants print out a runner bib, run, and can donate to their favorite cause. Afterwards, they can enter distance & time results along with other runners worldwide. The same medal, regardless of each runner’s country of origin; is mailed to paid participants.

Runners also have the opportunity to upload their virtual run results with other runners. Whether in Los Angeles, Barcelona, Sydney, or even The Vatican, all runners can participate.

World Run Day Event Director, Bill McDermott, of Long Beach, NY created the event, helped design the shirt logo over the summer and designed the medal for distribution to passionate runners. “Many charities are still suffering this year, due to the pandemic, and it’s a good reason to run for them”, states McDermott.  “Let the runner decide,” has been the motto of the event since its inception, and it continues today.

With over 10,000 participants over its 24-year history, primarily in the USA, the event still looks for global runners to make it more meaningful.

It’s the best of both worlds: “Going out for a healthy run and compassionately donating to a favorite local charity,” states McDermott.

The World Run Day Event was the first “Virtual Running” event in the world. Originally started as the brainchild of competitive runner Bill McDermott, the event has been recognized by over 10,000 runners internationally. World Run Day is funded entirely by McDermott and has runners as its only sponsor(s). Runners of all abilities are represented. This is the signature event of World Run Day and occurs on the Sunday closest to Nov. 8 every year. The day originally started as an anniversary tribute to Bill’s brother, who died in a car accident Nov. 8, 1984. 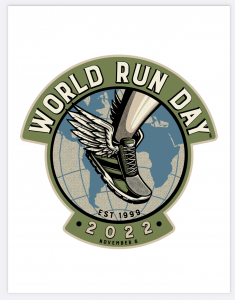